Posted on November 27, 2015 by indefenseofgettingoff

Martin Shkreli is the philanthropist who keeps on giving. In the spirit of Thanksgiving, let’s harness humility and say grace for the substance I am most thankful for: semen. Not his.

Below is a conversation I had with The Man Writer featured in Keepsake nearly a year and a half before Martin became wayyy more famous than him. (Debatably, than he.) For those of you who patiently pined to know what dating/fucking The Most Hated Man In America was like, here is your bread and manbutter.

In which I fuck and suck a preacher’s son for his glorious bounty. 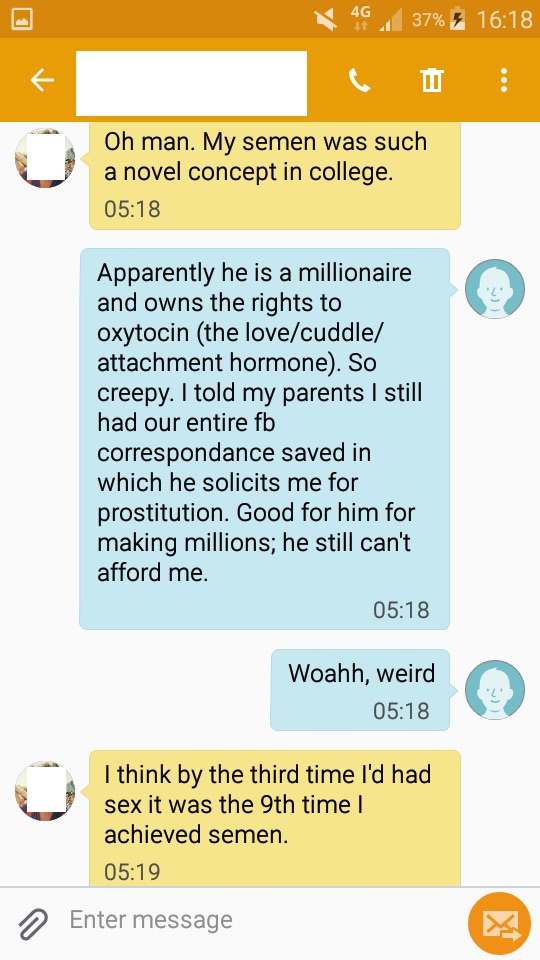 Always figured he bought the rights to oxytocin nasal spray, Novartis’ Syntocinon, so when he failed to please women he could placate them instead. 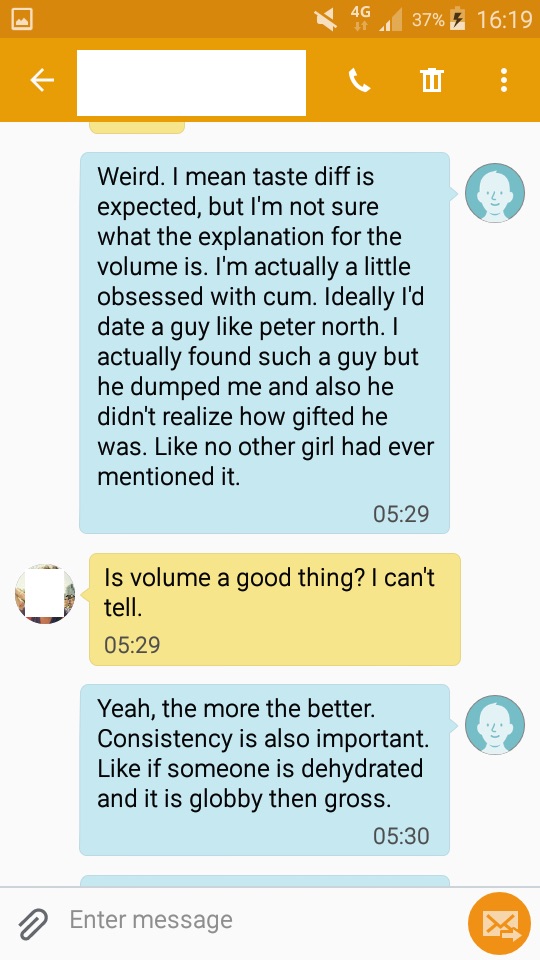 The novice Peter North I’m referring to is The Minnesotan from BJ Haterz Need Not Apply.

This refers to the guy I dated senior year of college. I talk about him in The Series of One-Oh-Eight and  Hippies Think Bodies are Beautiful and The Inevitable Downfall of a Sexual Narcissist. 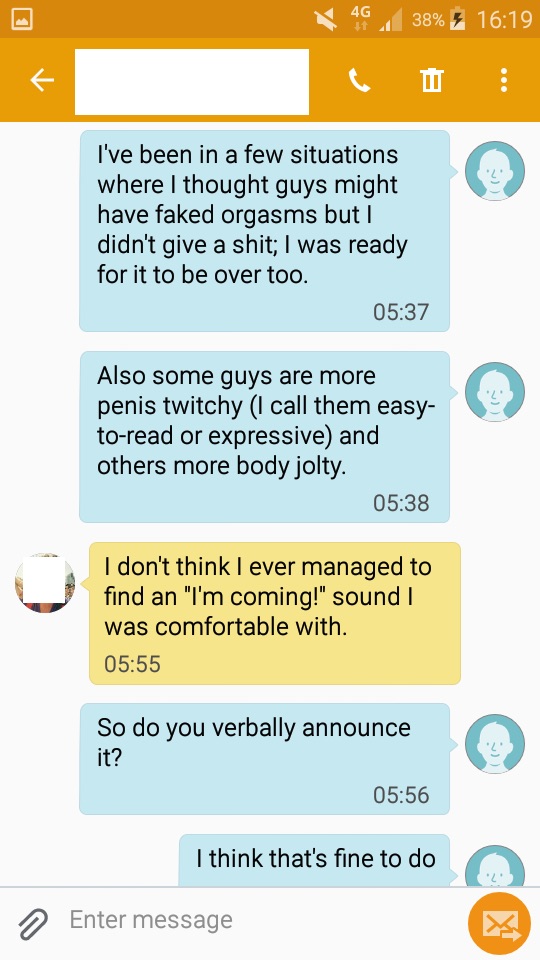 How divorced are we from animal instinct that we have to specify cream pie. I weeeeep for society. Civilization and its motherfucking discontents. 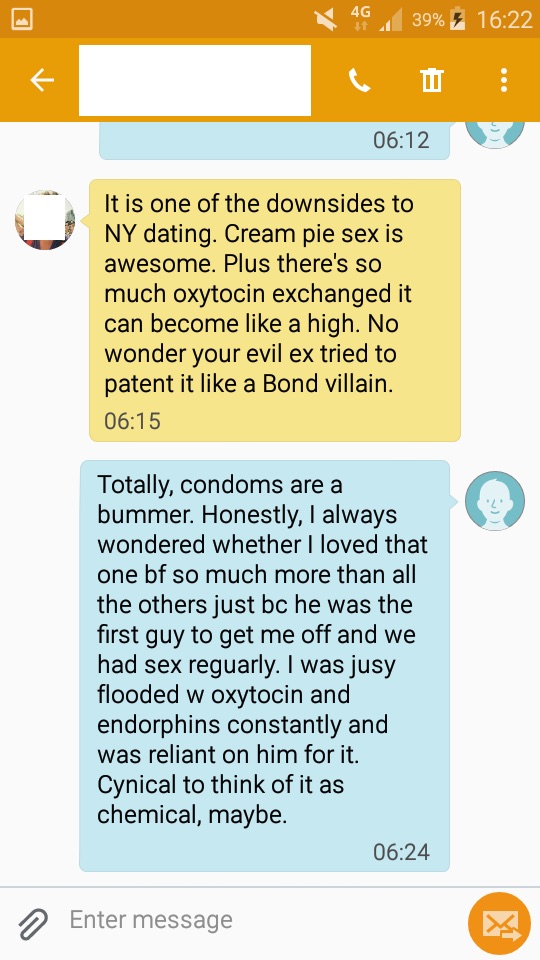 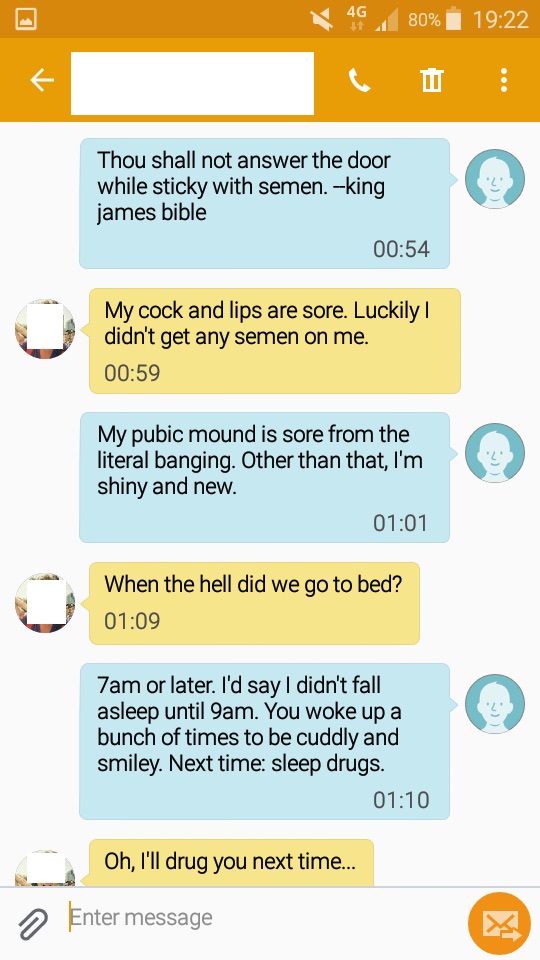